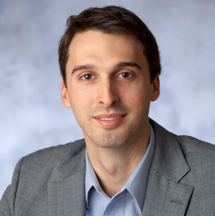 Dr. Bryon Viechnicki is an orthodontist and a professor. He was trained at an Ivy League university and has earned many awards, including USA Top Orthodontist 2012-2021. He has authored 7 journal articles and written 2 textbook chapters.

3-years of specialty training beyond an Ivy League doctorate give Dr. Viechnicki in-depth experience in orthodontic care. He uses his knowledge and skills to help you get the best results possible.

In 2011, Dr. Bryon Viechnicki earned a Certificate in Orthodontics and Dentofacial Orthopedics and a Master of Science in Oral Biology from the postdoctoral residency program at Temple University.

Dr. Viechnicki has earned the highest academic honor – the privilege to train future generations of orthodontists as a professor of orthodontics.

In 2009, Dr. Viechnicki graduated at the top of his class from the University of Pennsylvania, where he earned his Doctor of Dental Medicine. Among 6 other prestigious awards, he was inducted into the Omicron Kappa Upsilon Society, the National Dental Honor Society.

Dr. Viechnicki earned his Bachelor of Science in Physics from Bates College. He earned many awards, notably induction into the Phi Beta Kappa Society, the nation’s oldest and most widely known academic honor society, and Sigma Xi, the scientific research society.

USA Top Dentists, Orthodontic Specialist 2012, 2013 – awarded by votes from Lehigh Valley dentists answering the question “if you had a close friend or family member that needed orthodontic treatment, who is the first orthodontist you would recommend?”

As a professor at Temple University, Dr. Viechnicki lectures on a variety of clinical orthodontic topics including the biology of tooth movement, 3D diagnostic imaging and interdisciplinary orthognathic surgery.

He assists orthodontic residents in their preparation for certification by the American Board of Orthodontics. He also advises the residents in research on craniofacial growth and development.

He uses this information in practice to ensure his patients have access to the latest and best treatments.

Distinguished Young Alumnus, Moravian Academy 2013 – recognized as a leader in the orthodontic profession

Phi Beta Kappa, Honors Society for Liberal Arts and Science – awarded for intellectual integrity, tolerance for other views, and a broad range of academic interests. Each year, about one college senior in a hundred, nationwide, is invited to join Phi Beta Kappa.

Alpha Omega Scholarship, University of Pennsylvania, the given annually to the graduate with the highest academic average (4.0 GPA)

American Association of Oral Biologists Award, University of Pennsylvania – awarded for original research in the biology of the oral cavity or related structures, demonstrating high academic achievement in basic science courses and displaying an interest or appreciation for teaching in oral biology and public understanding of research and education in oral biology

Sigma Xi, The Scientific Research Society – awarded for noteworthy achievement as an original investigator in a field of pure or applied science

Viechnicki, B. (2011) Three-Dimensional Surface Changes in the Mandible During Growth and Development. Temple University Press.

Viechnicki, B. (2005). An Experimental Study of the Influence of Optical Feedback on Multi-Mode Vertical-Cavity Surface-Emitting Lasers. Honors Thesis, Bates College Department of Physics and Astronomy. Lewiston, ME.